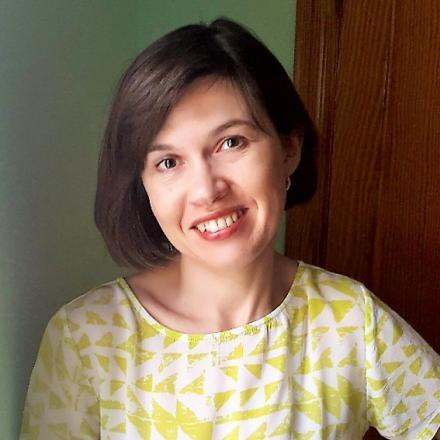 Larissa Timofeeva Timofeev is full professor of linguistics at the Department of Spanish Philology, General Linguistics and Theory of Literature at the University of Alicante. A graduate in Hispanic Philology from the University of Alicante and a doctor in linguistics at this university (2008; extraordinary award for doctorates 2011), her career began in Belarus, her country of origin, at Минский государственный лингвистический университет (Minsk State Linguistic University). Likewise, she completed her predoctoral studies at Институт русского языка им (the Institute of Russian Language). В. В. Виноградова РАН (V.V. Vinogradov Russian Language Institute of the Russian Academy of Sciences) and at the University of Leipzig (Institut für Angewandte Linguistik und Translatologie (Institute of Applied Linguistics and Translation). Her research focuses on phraseology, pragmatics, irony and humour and language acquisition as well as linguistics applied to language learning. One of her most outstanding works is her edition of the monographs Metapragmática del humor infantil (Metapragmatics of child humour). CLAC 70, 5-19. DOI: 10.5209/CLAC.56314, and Humor in Spanish Context, Special issue of Spanish in Context, 18:1 (2021). She is a member of the GRIALE research group, the IUIEG (the University Institute of Gender Studies Research) and ACQUA (Acquisition and Teaching of Second Languages and Foreign Languages at the University of Alicante), and participated in the FRASYTRAM group until 2008. Various articles of hers have been published in journals such as Onomázein, RLA, CLAC, Terminology and Spanish in Context