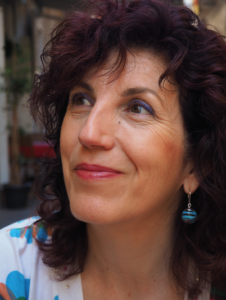 Collaborator in the FIGURKID project

Susana Pastor Cesteros is full professor of Linguistics at the Department of Spanish Philology, General Linguistics and Theory of Literature at the University of Alicante. Her main lines of research concern linguistics applied to the acquisition of second languages and, especially, learning Spanish as a second language. She has headed the research group “Acquisition and Teaching of Second Languages and Foreign Languages at the University of Alicante” (ACQUA) since it was founded in 2008.  Likewise, she is a member of  the Inter-university Institute for Modern and Applied Languages (IULMA) and the Committee for the International System for Certification in Spanish as a Foreign Language (SICELE). She has been chairwoman for the Association for Teaching Spanish as a Foreign Language, ASELE (2008-2016).