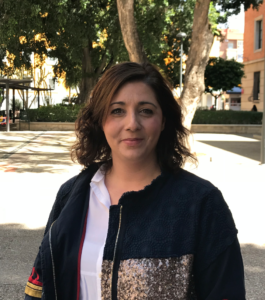 Elvira Manero Richard is an associate doctorate professor at the Department of Spanish Language and General Linguistics at the University of Murcia. She developed her research and teaching both at this university (2008- ) and at the University of Navarre (1998-2003) and at San Antonio de Murcia Catholic University (2003-2008). She specialises in metalanguage and the analysis of Spanish phraseology from a pragmatic-discursive perspective. Scientific articles of hers have been published in the specialist press such as RILCE and Paremia, and several works in collections, the most salient of which are her chapters on Spanish sayings in Estudios sobre lo metalingüístico (en español)/Studies on metalinguism (in Spanish) (Peter Lang 2005) and Fraseopragmática(Frank & Timme 2013).