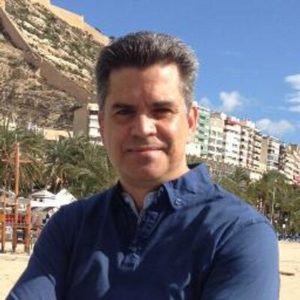 Francisco Yus is professor of English at the University of Alicante and has been credited with 4 six-year periods of research. He specialises in humour, especially that on social networks such as Facebook or WhatsApp which is covered in what is known as cyberpragmatics (Cyberpragmátics, Ariel 2001; Ciberpragmática 2.0, Ariel 2010; Cyberpragmatics, John Benjamins, 2011). He has also worked on areas as varied as jokes, stand-up comedy acts or conversation. His latest research has focused on the significance of points of communication such as misunderstandings and irony, as well as producing and interpreting humorous discourses (Humour and Relevance, John Benjamins, 2016). At present, he is director of the Inter-University Institute of Applied Modern Languages in the Valencian Community (IULMA) at the University of Alicante, as well as director of the “Professional and Academic English” research group at the same university.